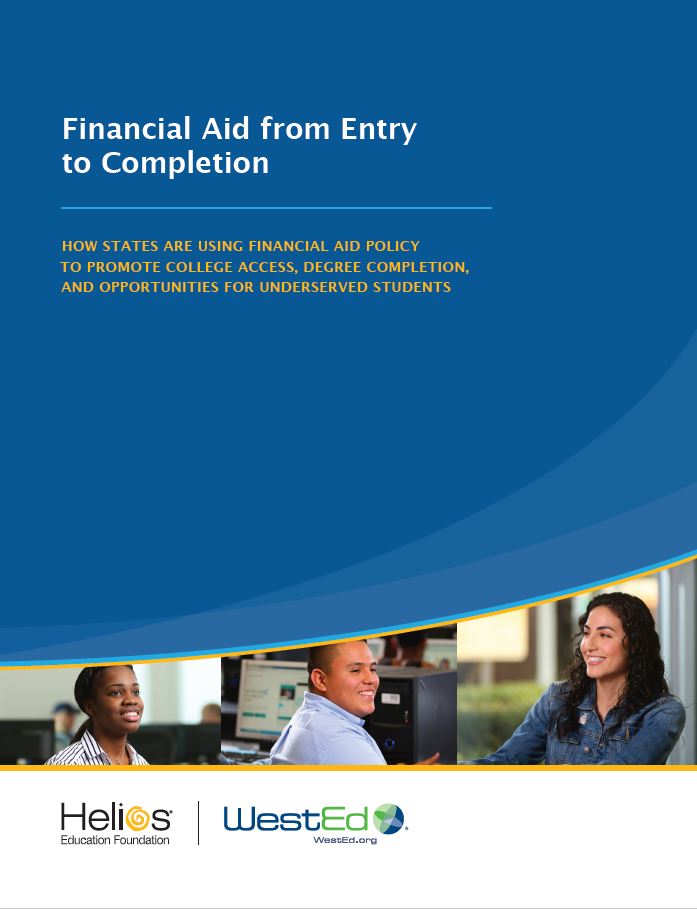 Higher education is widely recognized as an engine of social mobility and economic opportunity, conferring important benefits to individuals and society at large. Persevering to postsecondary degree completion is rewarded with a significant boost in lifetime earnings, with the average bachelor’s degree holder earning $1.2 million over the course of a lifetime—twice as much as those with only a high school diploma (Schanzenbach, Bauer, & Breitwieser, 2017).

A postsecondary degree is the surest safeguard against future instability in the labor market, and even short-term participation has its benefits. Following the severe job losses of the Great Recession, workers with at least some college experience captured 99% of all new jobs created since the recovery (Carnevale, Jayasundera, & Gulish, 2016). With the relationship between education, employment, and earnings now more pronounced than ever, policymakers have launched ambitious campaigns to increase postsecondary attainment levels in their states (Fulton, 2017). Yet, the combined influences of rising college costs, stagnant household income, and diminished state and federal support are putting college out of reach for many students and their families (Mitchell, Leachman, & Masterson, 2016; Ma, Baum, Pender, & Welch, 2017; Baum, Ma, Pender, & Welch, 2017; De Navas-Walt & Proctor, 2014).

Financial aid policy is intended to defray the costs of higher education through a variety of mechanisms, including tax breaks to individual families and need- and merit-based aid in the form of scholarships and grants, work-study, and loans. Some 12 million students receive federal financial aid each year, totaling $122.5 billion in fiscal year 2017 alone,1 but for many students, this aid is insufficient to make college an affordable option over the full course of a degree program (U.S. Department of Education, Federal Student Aid, 2017, 2016, & 2015; Goldrick-Rab, 2016). College costs have eclipsed government financial support for students and the institutions that serve them, while the proportions of college costs covered by grants and loans has shifted in favor of loans (Baum et al., 2017; Heller, 2005; Mumper, Gladieux, King, & Corrigan, 2011). Student loans accounted for 32%, or $58.1 billion, of all undergraduate aid received in the 2016-17 school year—the single-largest aid category (Baum et al., 2017). Nationally, reliance on student loans has soared such that more than 42 million Americans now owe some amount of student debt (Washington Center for Equitable Growth, 2017). For students who successfully complete their degree programs, better jobs and higher wages may help them eventually pay off their debts. But for the millions of undergraduates who drop out of college with outstanding debt, they must begin repayment without the economic benefits that come with a degree (Wei & Horn, 2013). Though many factors influence the complex dynamics of college enrollment, persistence, and completion patterns, research has shown that financial aid policy can have an impact on helping students complete their degrees, or it can shut out those who would stand to gain from a postsecondary education the most (Bettinger, 2004; Dynarski, 2003).

This brief draws on a scan of how seven states are designing financial aid strategies to help students enter, progress through, and exit the postsecondary system with credentials in hand, all while minimizing the loan burden on students. Rather than focus on aid availability in isolation, the brief looks across these three key stages—entry, progress, and completion—from a student perspective, examining how states, institutions, and communities provide opportunities for students to achieve their education and career goals, including financial stability, after graduation. To paint a holistic picture of financial aid’s role in the student trajectory through college, the research team conducted semi-structured interviews with state and institutional leaders, gathered data on the financial aid landscape in a sample of seven states, and analyzed trends in college access and affordability nationwide.

The motivation for this study reflects Helios Education Foundation’s commitment to ensuring that every individual in Arizona and Florida achieves a postsecondary education. In reporting the results, our objective is to spur thoughtful discussion about the ways in which current financial aid policy can help or hinder the progress of vulnerable populations around access, degree completion, and limiting student debt. By sharing some of the emerging strategies that the states in our study have adopted, we hope that policymakers and other decision-makers in Arizona and Florida will be inspired to examine their own policies closely to ensure that higher education fulfills its promise as a bridge, not a barrier, to social and economic opportunity.

Financial Aid from Entry to Completion